Haircuts: A way to address NPAs in banking system

What is a Haircut (in finance)? 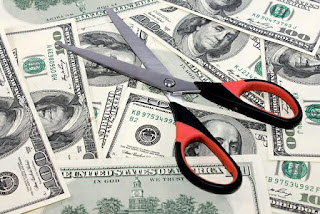 In finance, a haircut refers to the reduction applied to the value of an asset for the purpose of calculating the capital requirement, margin, and collateral level. In other words, it is the difference between the amount of loan given and the market value of the asset to be used as collateral for the loan. The value reduction is expressed in the form of a percentage.
A haircut can also be referred to as the complement of the loan-to-value ratio (when added together, they make 100%). For example, when central banks lend money to commercial banks, the central bank asks for collateral. However, it will apply a haircut – a reduction in the value of the collateral. Let’s say, an asset worth $1 million at market price, given a haircut of 30%, would be sufficient to collateralize a loan of only $700,000. By devaluing the assets provided as collateral, the lender gets a cushion, a measure of risk protection to defend against market value drops.
The level of haircut is decided by the level of risk surrounding the loan. The level of risk includes all factors that may result in a fall in the market value of the collateral. Some variables that influence the amount of haircut include interest rate, creditworthiness, and the collateral’s liquidity.
Other definitions of a Haircut
A haircut can also be referred to as the difference between the buying and selling price of a stock share, bond, futures or options contract, or any other financial instrument. The difference is generally the handling fee for the transaction.
In common financial jargon, a haircut is also used to describe a financial loss on an investment. To “take a haircut” corresponds to accepting or receiving less than what was owed.

What is Collateral Haircut

A haircut refers to the lower-than-market value placed on an asset being used as collateral for a loan. The haircut is expressed as a percentage of the markdown between the two values. When they are used as collateral, securities are generally devalued, since a cushion is required by the lending parties in case the market value falls. When collateral is being pledged, the degree of the haircut is determined by the amount of associated risk to the lender. These risks include any variables that may affect the value of the collateral in the event that the lender has to sell the security due to a loan default by the borrower. Variables that may influence that amount of a haircut include price, volatility, credit quality of the asset's issuer (if applicable), and liquidity risks of the collateral.
Factors that Determine the Haircut Amount
Generally speaking, price predictability and lower associated risks result in compressed haircuts, as the lender has a high degree of certainty that the full amount of the loan can be covered if the collateral must be liquidated. For example, Treasury bills are often used as collateral for overnight borrowing arrangements between government securities dealers, which are referred to as repurchase agreements (repos). In these arrangements, haircuts are negligible due to the high degree of certainty on the value, credit quality, and liquidity of the security.
Securities that are characterized by volatility and price uncertainty have larger haircuts when used as collateral. For example, an investor seeking to borrow funds from a brokerage by posting equity positions to a margin account as collateral can only borrow 50% of the value of the account due to the lack of price predictability, which is a haircut of 50%.
While a 50% haircut is standard for margin accounts, a risk-based haircut can be increased if the deposited securities pose liquidity or volatility risks. For example, the haircut on a portfolio of leveraged exchange-traded funds (ETFs), which are highly volatile, may be as high as 90%. Penny stocks, which pose potential price, volatility and liquidity risks, typically cannot be used as collateral in margin accounts.

Haircut Market Maker Spreads
A haircut is also sometimes referred to as the market maker's spread. Since market makers can transact with razor-thin spreads and low transaction costs they can take small slivers or haircuts of profits (or losses) constantly throughout the day.
With advances in technology and markets becoming more efficient, spreads in many assets have dropped to haircut levels.
Retail traders can transact at the same spreads market makers do, although retail traders costs are still higher which may make trading the spread ineffective. In a stock, both retail traders and market makers can buy and sell for a Rs0.01 spread in an active and liquid stock, but buying and selling 500 shares to make Rs5 (500 * Rs0.01) when each trade typically costs Rs5 to Rs10 (varies by broker) is not a profitable strategy for the retail trader.

Long-Term Capital Management's (LTCM) Failure and Collateral Haircuts Example
LTCM was a hedge fund started in 1993. By 1998 it had amassed massive losses, nearly resulting in a collapse of the financial system. The basis of LTCM's profit model, which worked very well for a while, was to suck up small profits from market inefficiencies. This is commonly called arbitrage. The firm used historical models to highlight opportunities and then deployed capital to profit from them.

Each opportunity typically only produced a small amount of profit, so the firm utilized leverage—or borrowed money—in order to increase the gains. The firm had Rs 5 billion in assets, yet controlled over Rs 1 trillion worth of positions.

Banks and other institutions allowed LTCM to borrow or leverage so much, with little collateral, mainly because they viewed the firm and their positions as non-risky. Ultimately, though, the firm's model failed to predict inefficiencies accurately, and those massively sized positions began to lose far more money than the firm actually had and more money than many of the banks and institutions that lent to them or allow them to purchase assets had.

The failure of LTCM, which required a bailout of the financial system, resulted in much higher haircut rules in terms of what can be posted as collateral, and how much the haircut has to be. LTCM had basically no haircuts, yet today an average investor buying regular stocks is subject to a 50% haircut when using those stocks as collateral against the amount borrowed on a margin trading account.

4. Why would lenders avoid this option?Experts say there is no single model to arrive at a haircut for a particular loan. Besides, lenders also fear that investigative agencies may get back at them for their judgement on a particular valuation of a haircut. For instance, there was one-time settlement of over Rs 6,000 crore for a Kingfisher loan of Rs 9,000 crore, which was not accepted by the investigators.

5. How does opting for a haircut impact a balance sheet?By opting for an haircut in settling a loan, the entire loan is written off by the bank con and to that extent, the assets cerned and to that extent, the assets shrink. But if the loan is settled through a bond subscription of equity sale, the nature of assets changes. If there is a one-time cash settlement, it gets reflected in the profit-and-loss account.

Source: Economic Times, Investopedia article by Cory Michell,  &  https://corporatefinanceinstitute.com/resources/knowledge/finance/haircut/
at May 13, 2019 No comments: Links to this post